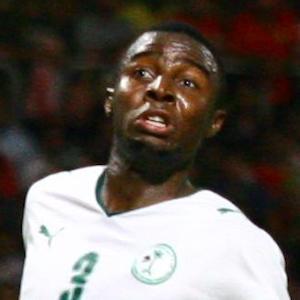 Saudi Arabian central defender known for his appearances with the Al-Hilal club as well as for being captain of the Saudi Arabia national team.

He first began his soccer career when he started playing for Al-Wahda's youth club. In 2008, he began playing for Al-Hilal in his senior career. In 2007, he was chosen for Saudi Arabia's national team.

He has won several awards and recognitions for his work with the Al-Hilal club including the Saudi Professional League Championship and the Saudi Crown Prince Club Championship in multiple seasons.

He was born and raised in Mecca, Saudi Arabia.

Other professional soccer players from Saudi Arabia include Omar Abdulrahman and Yasser Al-Qahtani.

Osama Hawsawi Is A Member Of