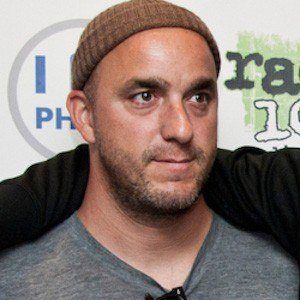 Bassist and singer known for his time with the rock band Alkaline Trio, known for their Top 20 albums Agony & Irony and This Addiction. He also records solo albums under the name Dan Andriano in the Emergency Room. His first solo album came out in 2011.

He played with the band Slapstick from 1993 until their breakup in 1996. He then played for the band Tuesday.

He's filled in as a bassist for both The Falcon and Ben Weasel to help them record albums.

He married Sunshine Andriano and he has a daughter named Sophie Moon.

Matt Skiba initially approached him about joining Alkaline Trio in 1997.

Dan Andriano Is A Member Of