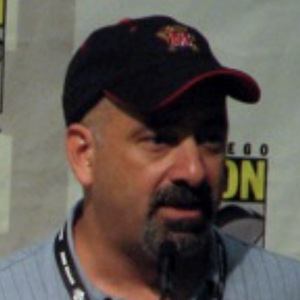 Known best for his long-term association with DC Comics, this editor, publisher, and comic book writer contributed to Superboy, The Outsiders, A Phantom Stranger, and many other comics.

In the early 1980s, he began writing for several animated series produced by the Vancouver and Los Angeles-based Mainframe Entertainment company.

In 2003, in honor of his work with DC Comics, he was named Wizard magazine's inaugural "Man of the Year."

He was born in New York City, and he and his wife later lived in Los Angeles, California.

Dan Didio Is A Member Of