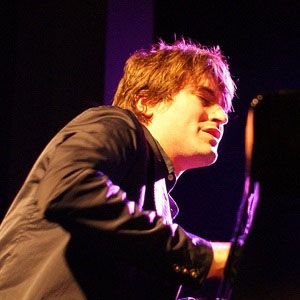 Jazz musician and composer best known for a 2011 solo piano album entitled Goldberg Variations/Variations. His other acclaimed recordings include Oxygen, Before the Storm, and Five Pedals Deep.

He studied astrophysics at the University of Edinburgh in Scotland and went on to train as a jazz pianist at the New England Conservatory in Massachusetts.

He was the 2007 winner of a jazz piano contest sponsored by the American Pianists' Association.

He was born and raised in Paris, France, and he later settled in the United States.

Dan Tepfer Is A Member Of