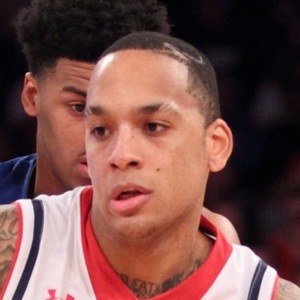 Shooting guard who earned a First-team All-Big East selection in his senior season with the St. John's Red Storm. That season, he also received the Haggerty Award as the All-Metropolitan New York Division I men's college basketball player of the year.

He was the 2009-10 Houston Chronicle Player of the Year at Dulles High School in Missouri City, Texas.

He set the St. John's school record for most three-pointers made during a career.

His parents are Angela and O.B. Harrison. He has a brother named DeAndre.

He has been coached by Steve Lavin while at St. John's.

D'Angelo Harrison Is A Member Of