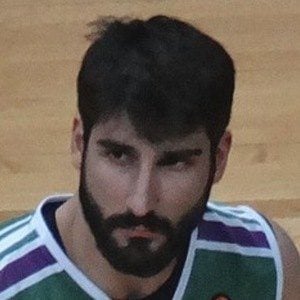 He began receiving significant attention while playing for the U-14 Adecco Estudiantes, whom he joined in 2005.

He won the FIBA Europe Under-16 and Under -18 Championships with the Spanish national team in 2009 and 2011 respectively.

He joined point guard Ray McCallum Jr. on Unicaja in 2017.

Dani Díez Is A Member Of