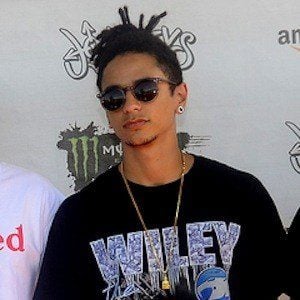 Member of the Welsh pop punk band Neck Deep, who have released studio albums entitled Wishful Thinking and Life's Not Out to Get You. The group won Best British Newcomer at the 2014 Kerrang! Awards.

He studied at The Academy of Contemporary Music in Guilford.

He did a photo shoot for LWR Clothing and enjoys doing photography on the side. He has more than 70,000 followers on Instagram.

He is from Colwyn Bay, Wales and has also lived in Sheffield.

The band formed in 2012 after starting out as a bedroom project between Ben Barlow and Lloyd Roberts.

Dani Washington Is A Member Of