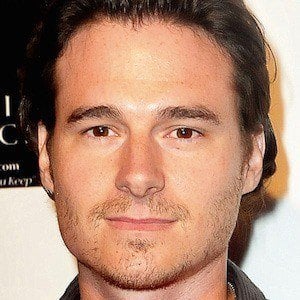 Gaining fame for his role as Aiden Monroe on the television phenomenon The Walking Dead, he would join the cast of Satisfaction in the show's second season, and previously was featured in the show RCVR as Weber in 2011. He made his debut as a director for the film After the Rain.

He was featured in a number of independent features and shorts to begin his career.

He won the inaugural Best Actor in a Drama award at the 2012 International Academy of Web Television awards.

He was born in South Africa and lived in Zurich, Switzerland and Seattle, WA before going to school at Boston College. He then moved to Los Angeles. He married Jelly Howie and they have a son named Brixton together. Their daughter Charli Rainbow was born in August 2020.

He landed a supporting part in the film My Eleventh, starring John Benjamin Hickey.

Daniel Bonjour Is A Member Of