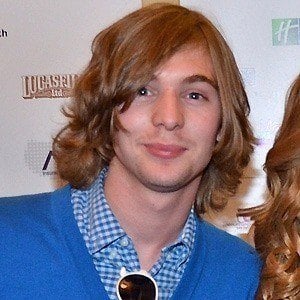 Teen film and television actor who had his breakout role as Stanley Lucerne on MTV's Skins.

He won his first role at age thirteen in a short film.

His most notable film role was as Danny in Hope Springs (2012).

He has four older siblings, one of whom, Chris, is a musician.

He did voice acting with Ray Romano in Ice Age: Continental Drift (2012).

Daniel Flaherty Is A Member Of