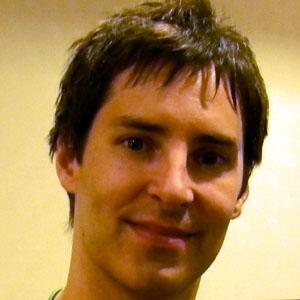 Composed music for My Little Pony: Friendship Is Magic, Martha Speaks, and dozens of other animated series.

He wrote both the music and lyrics for My Little Pony: Friendship Is Magic, giving it an updated and more modern sound from its previous 1980s incarnation.

His songs "Becoming Popular (The Pony Every Pony Should Know)" and "May The Best Pet Win" each received Daytime Emmy Award nominations in 2012.

He married Sarah Solemani in 2012. He and Sarah have a daughter named Soraya. His parents were residing in Vancouver, Canada, when he was born.

He called Randy Newman's work for Pixar his biggest influence.

Daniel Ingram Is A Member Of