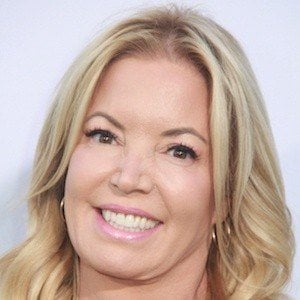 She graduated from the University of Southern California with an honors degree in business.

A 2005 issue of Sporting News included her on a list of the "Top 20 Most Influential Women in Sports."

Her marriage to Olympic volleyball player Steve Timmons lasted from 1990 until 1993. She was engaged to former Chicago Bulls and Los Angeles Lakers coach Phil Jackson from 2013 to 2016.

Her father, prominent business and sports entrepreneur Jerry Buss, owned the Los Angeles Lakers; in his will, he divided his holdings in the team amongst his six children.

Jeanie Buss Is A Member Of