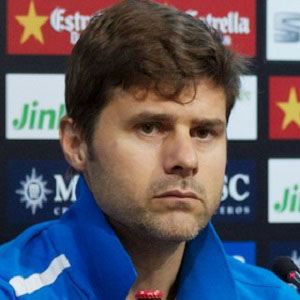 Former defender who played for Espanyol from 1994 to 2000 and became manager of Southampton in 2013. He later became the manager of Tottenham Hotspur in 2014.

He began his professional career with Newell's Old Boys in 1989.

He was born and raised in Murphy, Argentina.

He played alongside Gabriel Batistuta on the Argentinian national team from 1999 to 2002.

Mauricio Pochettino Is A Member Of