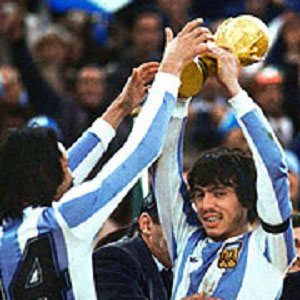 Argentine defender who captained his country's national team to the 1978 World Cup and then went into coaching.

He started out playing for his hometown's Sarmiento team, before he moved to River Plate.

He was included on Pele’s list of the 125 greatest living soccer players, compiled for FIFA's 100th anniversary in 2004.

He grew up in Chacabuco, Argentina.

Diego Maradona called him the best defender he had ever faced, both on defense and on offense.

Daniel Passarella Is A Member Of