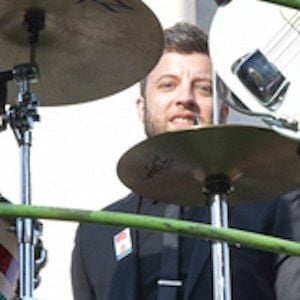 Drummer for the pop rock band Panic! at the Disco who started off as the band's drum tech. He was previously in a band called Valencia, but filled in for Panic! on tour after Spencer Smith departed. He also started a project called Mosey.

He studied communications and audio in college for two years.

From 2006 to 2009, he was a guitarist, keyboardist, vocalist, and percussionist for the band Illinois.

He got engaged to fellow drummer Maya Tuttle in 2017 after three years of dating. They married in March of 2018. In 2020, they welcomed a daughter named Reiko Jo.

He joined Brendon Urie as a band member of Panic! at the Disco.

Daniel Pawlovich Is A Member Of