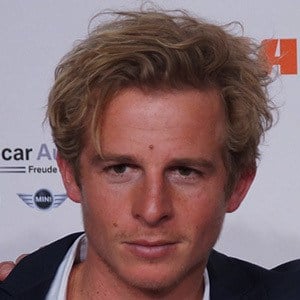 German actor best known for his work starring in cop show Alarm for Cobra 11 as Chief Inspector Paul Renner. Prior to landing that role, he'd had an extensive career in German television starting in the mid-2000s with parts on several television series and a handful of TV movies.

He studied acting in Los Angeles from 2003 to 2006 and his first big break came in the German film The Cloud.

He's also a passionate thrill-seeker and has taught himself motorcycle stunt riding. He puts that experiences to good use when performing his own stunts on Cobra 11.

He's dated a woman named Cara and the two took a kite surfing trip to Brazil in 2018.

Katrinchen Hess and Joyce Ilg are also actresses on Alarm for Cobra 11.

Daniel Roesner Is A Member Of