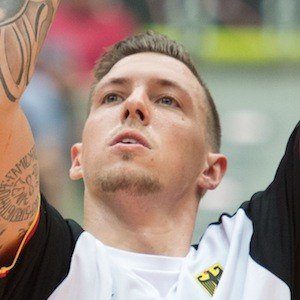 Power forward and defensive specialist who won three straight German League championships as a member of Brose Bamberg from 2015 to 2017. He made his NBA debut with the Boston Celtics in October 2017.

He came up through SG Braunschweig's youth system and made his professional debut in 2009.

He won the German League's Best Defender award in 2017.

He was born in Salzgitter, Germany.

He joined a Boston Celtics squad led by Kyrie Irving.

Daniel Theis Is A Member Of