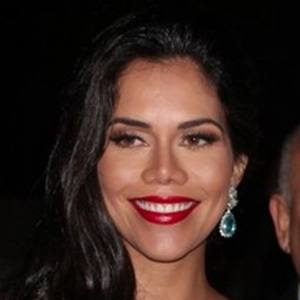 Brazilian actress, presenter, and television host who is known for her work with the RedeTV network on several programs including Sensational, Under Measure, and Greater Morning. She is also known for her Carnival appearances including in Rio de Janeiro and Sao Paulo in 2014, 2016, and 2017.

After working as a nanny and street vendor at the age of 13, she was discovered and started working as a model. She then started training as a journalist on the Bom Dia Mulher program on RedeTV!. She quickly was asked to present for the program Dr. Hollywood and became a frequent host for the network.

She has won several awards for her work in entertainment including the Young Brazilian Prize in 2009, the Malu Super Woman Award in 2013.

She was born and raised in Dourados, Mato Grosso do Sul and married one of the owners of the RedeTV network Amilcare Dallevo in 2006.

Other Brazilian television presenters who are also known for their work on the Bom Dia Mulher program include Leonora Aquilla and Fabiana Scaranzi.

Daniela Albuquerque Is A Member Of