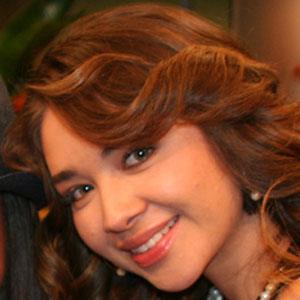 Mexican singer and actress known for albums like Corazon.com, which was released on WEA Internacional Records. She is also a telenovela star, having appeared on series like "Luz Clarita."

She made her professional debut on the show "Plaza Sesamo," the Mexican interpretation of "Sesame Street," at age five.

She began taking prominent stage roles in the 2000's, including the role of Nessarose in "Wicked."

She was the last of three daughters born to Amalia Rodríguez Gómez and Miguel Barrios Luján.

She and actress Sabine Moussier both appeared on the Mexican telenovela "Luz Clarita."

Daniela Luján Is A Member Of