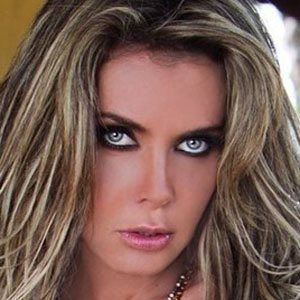 Telenovela star is known for her portrayal of villainous characters in Abyss of Passion and Ni contigo ni sin ti. She later starred in Sueño de amor.

She grew up in Mexico City, despite being born in Germany.

She is known for her 2013 role as Bruna Cristo in Amores verdaderos.

She was married to Jorge Peralta from 2002 to 2008; the couple had two children, Camila and Paoulo.

She co-starred in Abyss of Passion with Angelique Boyer.

Sabine Moussier Is A Member Of