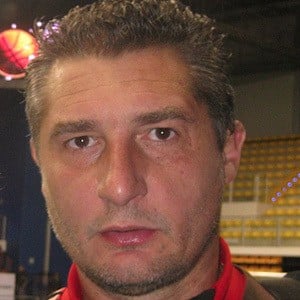 He first started his youth career in 1978 playing for the Monza Serie B club. He then joined their senior team in 1979. He was then picked up by the Serie A club Fiorentina in 1981. He joined the Italian national team during the following season in 1982.

He was inducted into the AC Milan Hall of Fame and is also known for having won the 1982 FIFA World Cup as a part of Italy's national team.

He was born and raised in Monza, Italy.

He shared a photo with professional wrestler Sheamus to his Instagram in MArch of 2019.

Daniele Massaro Is A Member Of