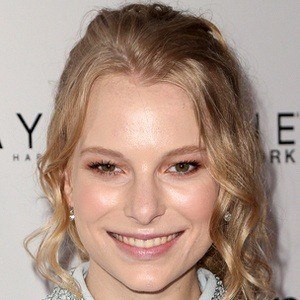 Actress who is widely known for her career in film. She rose to widespread acclaim for her turn as Emily Turner in The Charnel House (2016), as well as Mary Ann in the 2015 drama The Stanford Prison Experiment.

She graduated from Northwestern University in 2015 with her B.A. in radio, film, and television. She worked as a summer intern in casting during her time there.

She earned her first film appearance in the 2014 comedy Ride. She participated in the 2016 New York Fashion Week as a runway model.

She walked alongside high-profile models and actresses at 2016 New York Fashion Week, including Kyra Kennedy.

Danielle Lauder Is A Member Of