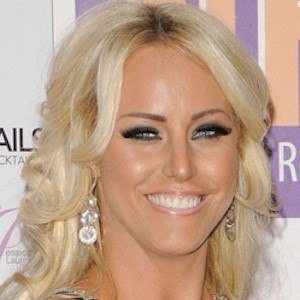 Reality TV star known for being on My Big Fat Gypsy Wedding. She's also worked as a glamour model. She's been romantically involved with Tony Giles, which caused as stir in his family as she is a gorger, or non-gypsy.

She started appearing on reality shows as far back as 2008, when she was on The Jeremy Kyle Show.

She was seen kissing Tony Giles as he was turning himself in to the police in 2015.

She has two children, Rudy Mason and Delilah Rose Mason-Giles. She's the younger half-sister of Jessie Wallace and Joanne Harman.

She was in My Big Fat Gyspy Wedding, which was narrated by Barbara Flynn.

Danielle Mason Is A Member Of