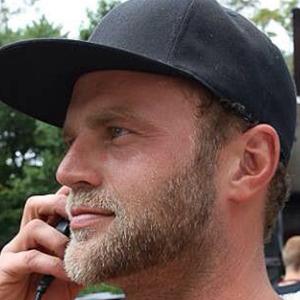 Production manager for a company called United Concerts at a venue called The Depot in Salt Lake City who was previously on a show called Warped Roadies on Fuse TV. He toured with Vans Warped Tour for 10 years, Coachella for 7 years, and Uproar Festival for 4 years.

He was invited on tour with the band The Used along with his brother Vic Back who was tattooing on the road. Soon after, he was hired by Warped Tour.

He considers himself lucky to have had the opportunity to produce and execute a reality TV show with best friends of his.

He grew up in Provo, Utah for the first 10 years of his life. He then moved to Salt Lake City and attended Olympus High School.

He toured the country with The Used, fronted by Bert McCracken.

Danny Bateman Is A Member Of