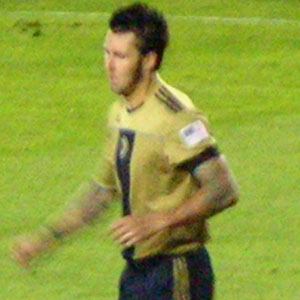 Former defender who was named to the MLS Best XI in 2005 as a member of the San Jose Earthquakes. Spent the first four years of his MLS career with the Los Angeles Galaxy and played for the Philadelphia Union from 2010 to 2012 as his career began to wind down.

He played college soccer at the University of Maryland from 1998 to 1999.

He was born to Jon and Teri Califf.

He played on the United States national team alongside midfielder Landon Donovan.

Danny Califf Is A Member Of