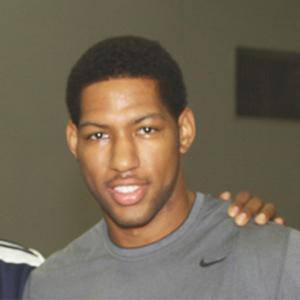 NBA small forward who joined the Indiana Pacers in 2005 and was selected to his first All-Star game in 2009, the same year he was named the league's Most Improved Player.

He was named the MVP of the Mountain West Conference while playing for New Mexico in 2005.

He spent the first two years of his college career at Bradley before transferring to New Mexico. After four years of college, he was drafted 17th overall by the Pacers in 2005.

He was raised with one younger brother named Scotty. He married Dionna Kann Granger in 2009. Dionna gave birth to a pair of twins, Jaxon and Jade.

His Pacers lost in the 2012 Conference Semifinals to LeBron James and the Miami Heat.

Danny Granger Is A Member Of