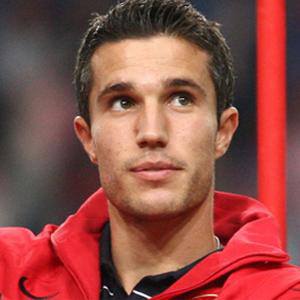 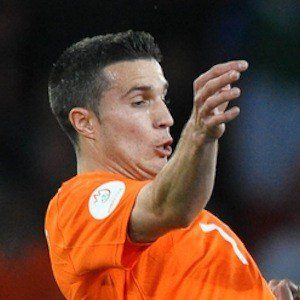 Star soccer striker who joined Manchester United in 2012 and was named captain of the Dutch national team in 2013. He previously played for Arsenal from 2004 to 2012, scoring 96 goals in 194 appearances.

He played on the Dutch side SBV Excelsior's youth squad from age five to 15, and won the KNVB Best Young Talent award in 2002.

He earned the Golden Boot Award for his 30 goals during the 2011-2012 season with Arsenal, and helped lead the Netherlands to a World Cup Final match in 2010 where they lost to Spain.

He married Bouchra van Persie in 2004 and the couple had a son named Shaqueel and daughter named Dina together.

He's been teammates with Arjen Robben and Wesley Sneijder on the Dutch national team.

Robin van Persie Is A Member Of