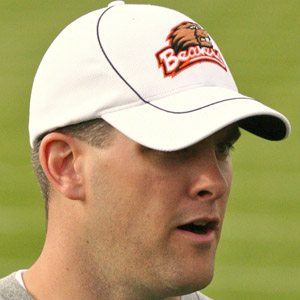 Football coach best known for engineering record-setting offenses as the offensive coordinator at Oregon State University. He was formerly an exceptional quarterback at Boise State University.

He was hired as the offensive coordinator at Oregon State by head coach Mike Riley.

Danny Langsdorf Is A Member Of