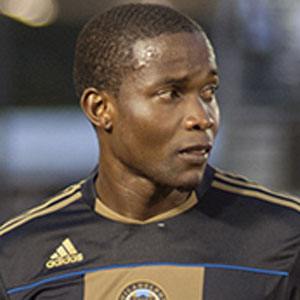 Congolese-American forward who began his MLS career with the Philadelphia Union in 2010.

He was selected 1st overall in the 2010 MLS SuperDraft.

His father was an adviser to former Congolese dictator Mobutu Sese Seko, and was killed during the nation's civil war in 1997.

Danny Mwanga Is A Member Of