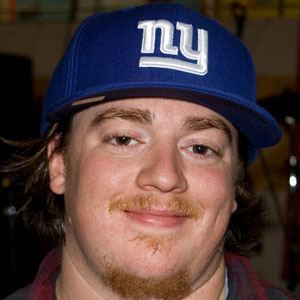 Actor and comedian known for his childhood role as Little Pete on the Nickelodeon series The Adventures of Pete & Pete. In his early adulthood years, he performed with a New Jersey rock band called Jounce; the group released its debut album in 2006.

Early in his career, he acted in the Nickelodeon programs Figure It Out and All That.

He spent his early years in Wyckoff, New Jersey alongside his two younger sisters. He later attended Hampshire College in Massachusetts.

He and Toby Huss were both in the cast of the early 1990s series The Adventures of Pete & Pete.

Danny Tamberelli Is A Member Of

The Mighty Ducks
All That
Figure It Out
39 Year Olds