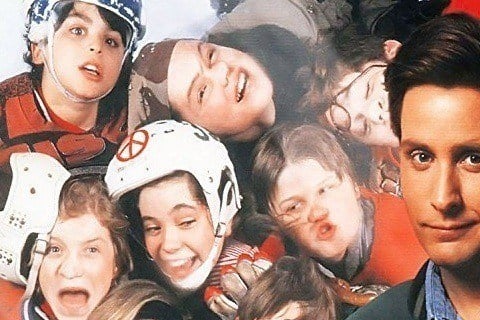 An egotistical lawyer coaches a little league hockey team. This is the first film in The Mighty Ducks trilogy.

Years after the movie was released, Anaheim California started a hockey team called the Mighty Ducks. The film's success led to sequels of the film and an animated TV series.