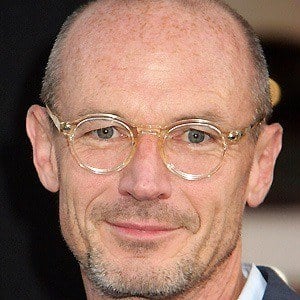 Character actor who became known for his offbeat roles, such as Artie: The Strongest Man in the World on the series The Adventures of Pete & Pete. He also played Felix on HBO's Carnivale from 2003 until 2005. In 2018, he joined the cast of Halloween.

He attended the University of Iowa before moving to Los Angles to pursue an acting career.

He has voiced the characters of Cotton Hill and Kahn Souphanousiphone on the series King of the Hill.

He was born in Marshalltown, Iowa.

He appeared in the film Vegas Vacation, starring Chevy Chase.