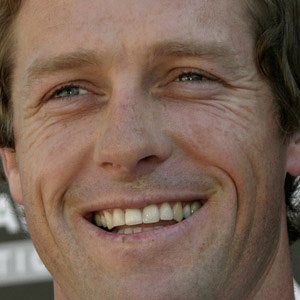 American skateboarder who became a five-time X Games gold medalist. He is known for extreme stunts, such as jumping the Great Wall of China and dropping onto a ramp from the top of the Las Vegas Hard Rock Cafe's 82-foot guitar statue.

He co-founded the Plan B skate team at age seventeen.

He became a two-time winner of the Thrasher Magazine Skater of the Year Award in 2004.

He has three children, Ryden, Tavin and Rumi, with his wife, Kari.

He is a leading figure in skateboarding, much like legend Tony Hawk .

Danny Way Is A Member Of