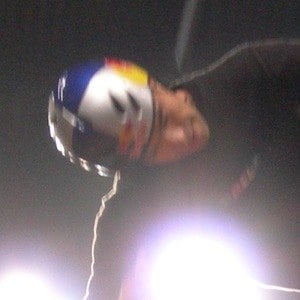 Also known as Mineirinho, he is a Brazilian professional skateboarder who is known for his vert style of skating. He is most recognized for being one of a select few who have landed a 900. He is known for having earned sponsorship from Red Bull, Oakley, and Positiv Skateboards.

He first became an amateur and earned sponsorship in 1986. In 1995, he turned professional and started competing in international vert competitions. His first X Games appearance was in 2000 in San Francisco where he earned third in the Vert Doubles category.

He has won several gold medals at X Games competitions in the Vert category including in 2006 and in 2007 in Los Angeles.

He was born and raised in Santo Andre, Sao Paulo, Brazil.

Other pro skaters who also compete in the Vert category of the X Games include Bucky Lasek, Clay Kreiner, and Omar Hassan.

Sandro Dias Is A Member Of