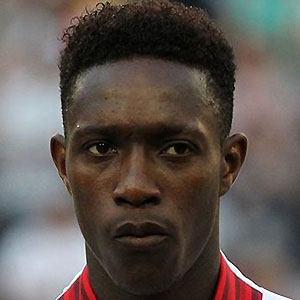 Striker who joined Manchester United in 2008 and became a member of the English national team in 2011. He received the Jimmy Murphy Young Player of the Year award in 2007-08 and helped Manchester United win a Premier League title in 2013. In 2014, he would join Arsenal FC.

He began his youth career with Manchester United at age 11.

He was raised with a brother named Chris and is of Ghanaian descent.

He became teammates with the great Wayne Rooney on Manchester United.

Danny Welbeck Is A Member Of