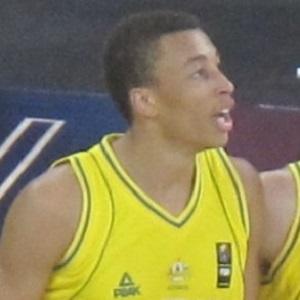 He led his high school squad to an Australian High School Basketball Championship victory. He was considered one of the best prospects for the 2014 NBA draft prior to graduating high school in 2013.

He averaged 16 points while participating in the 2013 Nike Hoop Summit for the World Select Team.

His father Cecil Exum was an NCAA Champion at the University of North Carolina who was drafted by the Denver Nuggets. His mother's name is Desiree Exum.

He and Duke superstar Jabari Parker were both top-five picks in the 2014 NBA Draft.

Dante Exum Is A Member Of