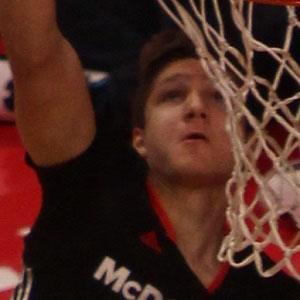 2014 McDonald's All-American who became an unexpected hero for the Duke Blue Devils in 2015, helping them win that year's NCAA title. He scored 16 points in the final, including 8 straight when his team trailed Wisconsin by 9.

He played his high school ball at Providence School in Jacksonville, FL.

He was suspended by the team during the 2016-2017 season after tripping a player, his third such offense in his career.

He was born in Jacksonville, FL to William Allen, a government contractor, and Sherry Allen, a human resources manager.

Grayson Allen Is A Member Of