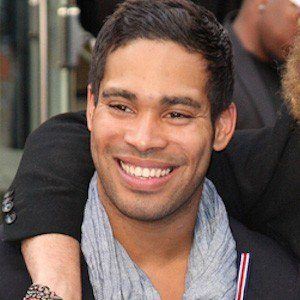 Singer who found fame when he made the semifinals of the sixth season of The X Factor U.K. He went on to release solo material like the song "Beautiful Life" and was featured on the BUDD & Steve Haines track "Magnetic Souls."

He survived testicular cancer as a young boy. He was a member of the boy bands Upfrunt and StreetLevel before auditioning for The X Factor U.K.

X Factor judge Simon Cowell called his performance of Joe Cocker's "With a Little Help From My Friends" the best audition he had ever heard.

He has a sister named Janine.

He competed against Olly Murs on the sixth season of The X Factor U.K.

Danyl Johnson Is A Member Of