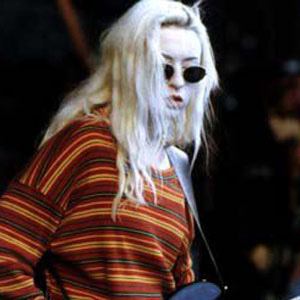 Former bass player with the alternative rock band The Smashing Pumpkins, the group known for songs like "Today" and "Bullet with Butterfly Wings."

She was replaced by Hole bassist Melissa Auf der Maur after Wretzky had issues with drug abuse.

She was previously married to Kerry Brown, who she married in 1993.

She was in The Smashing Pumpkins with Billy Corgan.

D'arcy Wretzky Is A Member Of