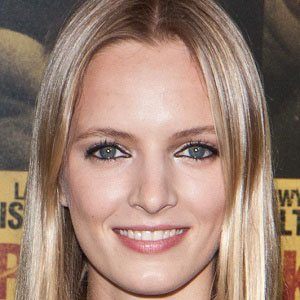 Named one of V Magazine's Top 10 Models of 2008, she participated in advertising campaigns for Louis Vuitton, Prada, Chanel, and Dior, and was photographed for the covers of the Italian, Russian, and Japanese editions of Vogue.

She made her international modeling debut at the Paris and Milan fashion weeks of 2007.

She made a brief appearance in the 2011 movie Contagion.

The daughter of Olga and Vladimir Strokous, she spent her early days in Moscow, Russia, as well as in the Western African country of Benin.

She became a muse for Christian Dior designer Raf Simons.

Daria Strokous Is A Member Of