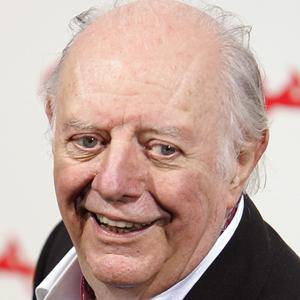 Author of Virtuous Burglar who gained international prestige by winning the 1997 Nobel Prize in Literature.

He served in the fascist Italian army during World War II.

He is known for covering tough themes like assassination, murder, and corruption in his works.

He wrote Isabella, Thee Sailing Ships and a Con Man, which focused on an alternate story of Christopher Columbus.

Dario Fo Is A Member Of