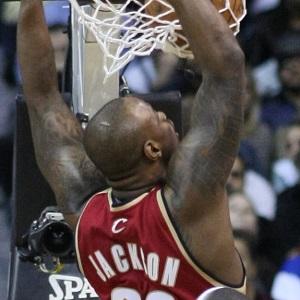 Power forward who won an NCAA title with the Kansas Jayhawks in 2008. He went on to play for teams like the Cleveland Cavaliers and Sacramento Kings.

He began playing basketball during his freshman year in high school.

He led Kansas in rebounds and shooting percentage during the school's 2008 title run.

His grandmother was tragically killed by a drunk driver in 2005.

He was coached by Bill Self to a NCAA National Championship.

Darnell Jackson Is A Member Of