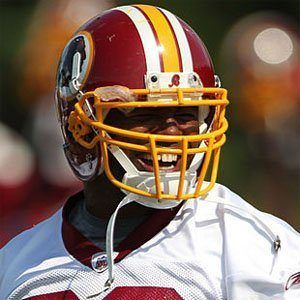 NFL full back who became a key blocker for the Washington Redskins in 2010. He went undrafted out of Villanova in 2009.

He played linebacker and was an occasional kick returner for Villanova University.

He had the longest play of his career NFL career with a 62-yard touchdown reception against the Eagles during Week 11 of the 2013 season.

He has a brother named David Jr. and a sister named Levada. His parents' names are David and Geneva.

He caught a six-yard touchdown pass from Robert Griffin III during Week 6 of the 2012 season.

Darrel Young Is A Member Of