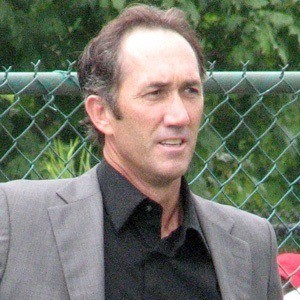 Australian tennis coach and former professional tennis player who is known for having led Lleyton Hewitt to becoming the youngest individual to ever hold the #1 world ranking.

He became a professional tennis player in 1984 and had his best singles performance at the 1988 US Open.

He was the Australian Davis Cup coach from 2007 until February 2009.

He is the son of Australian rules footballer John Cahill. He has two children named Tahlia and Benjamin.

After coaching Lleyton Hewitt he had the opportunity to coach Andre Agassi.

Darren Cahill Is A Member Of