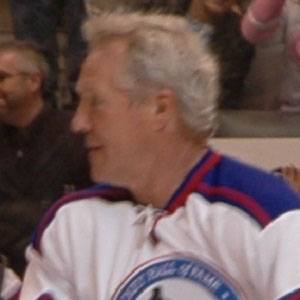 Former NHL center whose career spanned from 1970 to 1985. He compiled 484 goals and 637 assists across his career and was inducted into the Hockey Hall of Fame in 1989.

He was drafted 8th overall by the Toronto Maple Leafs in 1970.

He developed a bad relationship with Maple Leafs owner Harold Ballard that eventually led to his departure from Toronto.

His son Ryan was drafted by the Philadelphia Flyers but never made it to the NHL.

Darryl Sittler Is A Member Of