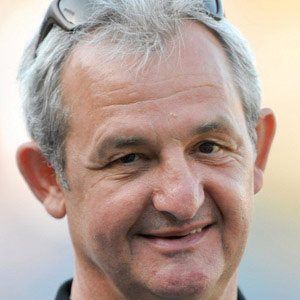 NHL coach who led the Los Angeles Kings to Stanley Cup Championships in 2012 and 2014 after previously coaching the San Jose Sharks, Calgary Flames and Chicago Blackhawks.

He was selected 179th overall in the 1978 NHL Draft by the Chicago Blackhawks.

He coached the Calgary Flames to the Stanley Cup Finals in 2004 where they were defeated by the Tampa Bay Lightning.

Has three children with wife Wanda; his son Brett became captain of the Charlotte Checkers.

Darryl Sutter Is A Member Of