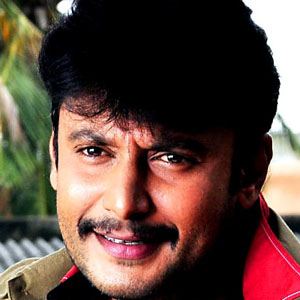 Indian actor and producer in the Kannada industry, known to his fans as simply Darshan or "D. Boss." He started his own production firm, Thoogudeepa Productions, which his family helped to run.

His breakout role was in the 2001 film, Majestic.

He is known for his passion for wild animals, and he owns a private zoo in the far east of Mysore.

He married Vijaya Lakshmi in 2000, and they had one son. He was arrested on domestic violence charges against her in 2011.

Rajkumar is another popular actor in the Kannada style.

Darshan Thoogudeep Is A Member Of