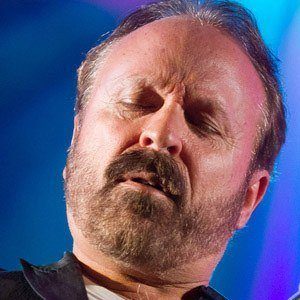 American guitarist who has been a member of Phil Collins' touring band and who has pursued a solo career as well.

He had his own band called Sweetbottom.

He has recorded eight solo albums, including Waiting in the Wings in 2001.

He was raised in Milwaukee, Wisconsin.

He and Jean-Luc Ponty have released many albums together, including Civilized Evil.

Daryl Stuermer Is A Member Of