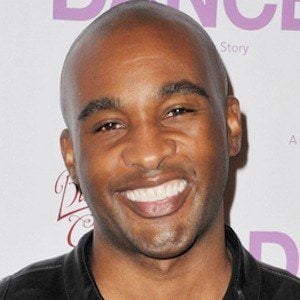 Prolific independent film producer with 20 titles to his name between the years 2010 and 2015. Those films would total 98 film festival award nominations and included four movies that would premiere at Sundance. Said films included Another Happy Day, Salvation Boulevard, LUV and Ten Thousand Saints.

At the age of 19, he signed an exclusive contract with Ford Modeling Agency. In 1999, he became one of the first African-Americans ever to grace billboards for the hugely popular Abercrombie & Fitch campaign. He ranked #8 of the Top 50 male models in the world by models.com in 2002.

He has produced content for television for the networks WEtv, BET, TvOne, Starz, and the Oxygen network. He is the creator and executive producer of Love Thy Sister and Growing Up Hip-Hop, both on WEtv.

Born in Oakland, he would travel south to live in Beverly Hills, California. He was briefly married to Claudia Jordan.

He has worked alongside A-listers such as Sean Combs, Jay-Z, Ethan Hawke, Common, James Franco and more.

Datari Turner Is A Member Of