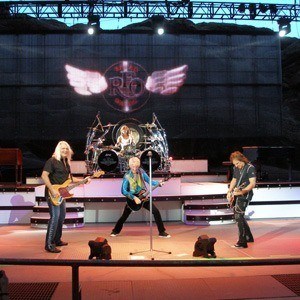 Lead guitarist for the rock band REO Speedwagon who has worked with Ted Nugent and Jimmy Barnes, among others.

He turned down a record contract early in his musical career, feeling he would not be popular until he moved to the west coast.

He joined REO in 1989 after collaborating with Richie Sambora.

He was born near Framingham, Massachusetts, half an hour outside of Boston.

Dave Amato Is A Member Of