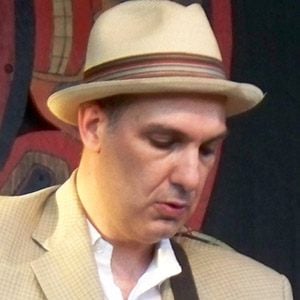 One of the founders of the Canadian band Rheostatics, this guitarist, songwriter, and vocalist later established his own Bidiniband. Also a writer and journalist, he penned a National Post column, as well as an acclaimed book called Tropic of Hockey.

His band Rheostatics played its first live show in Etobicoke, Ontario, in early 1980. The group subsequently released such popular albums as Whale Music and Melville.

He was nominated for Canadian Juno, Genie, and Gemini Awards for his work in music, film, and television.

He grew up in Ontario, Canada. His wife, Janet Morassutti, also had a career as an indie songwriter and guitarist.

Dave Bidini Is A Member Of